Let’s cut to the chase. According to the Criminal Code of Canada on Wednesday, May 18th Justin Trudeau committed criminal assault in the House of Commons. The following was pulled directly from Government of Canada’s Justice Laws website regarding criminal assault:
265 (1) A person commits an assault when
(a) without the consent of another person, he applies force intentionally to that other person, directly or indirectly. 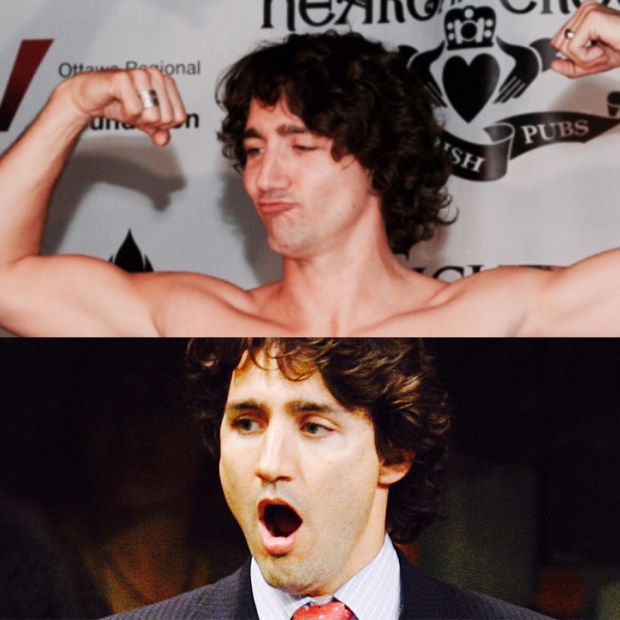 By elbowing NPD MP Ruth Ellen Brosseau in the chest and grabbing the Official Opposition Whip Gord Brown by the arm and dragging him to his seat Trudeau’s actions clearly meet the criteria outlined above. If the very same scenario had played out elsewhere, or by a different individual, the police would very likely be involved!

Mr. Trudeau claims this was an ‘accident’. The video footage of the incident clearly tells a different story. We see an agitated Justin purposefully stride across the House floor. His body language tells the whole story; he is angry, he is irritated, he is acting on base emotion. He made a choice to give in to his temper and his whims. Once again we see Trudeau inserting himself into a situation where he does not belong and ignoring protocol. This was NOT an accident. This was assault. There should be charges! For the same reasons Mike Duffy was charged, for the same reason Gian Ghomeshi was charged; Justin Trudeau should face the REAL consequences of his actions! In Canada your name and position aren’t a free pass. This incident should NOT be evaluated by an internal committee comprised primarily of Justin’s colleagues. In a land of true equality police, lawyers should be involved as they would be in any other organization! Should Our House not be held to a higher standard rather than relegated to mere peer to peer conflict resolutions?

Justin Trudeau has violated the People’s House; our house. My friends, the MPs, ministers and the prime minister sit in the House of Commons to serve US. They serve at our pleasure, paid by our tax dollars. Prime ministers are no exception, even pretty-boy celebrity prime ministers. Again some action needs to be taken – the prime minister is NOT above the law! In fact he should be a pitch perfect reflection of our laws and values at ALL times! To his credit, MP Gord Brown appears to have accepted Trudeau’s apology. But Canadians, Trudeau owes us all an apology! Under pressure he has shown us all his true colours – and they aren’t pleasant or sunny. He has abused his position in our House! We may not get a resignation, but at least issue the Canadian people an apology Justin.

IF this were a singular incident I may be able to dismiss it. However, I’m afraid it only represents an ever escalating trend of bad behaviour from the Trudashian. Between hijacking the recent Invictus Games Ceremony with his school yard antics to choosing to meet with game show host Alex Trebek as Alberta burns we see a man who simply isn’t fit to lead. When Justin finally did take time out of his ‘busy schedule’ to visit Alberta I understand he didn’t bother to meet with any evacuee families! These are the people relying on him for support. The first responders and the provincial government don’t need his hand holding – but the people he supposedly represents DO! Justin time to look your own people in the eyes and be accountable! Time to be accountable to every Canadian for your brutish actions in our House on May 18.
It’s time to see him step down as the leader of the Liberal Party of Canada, it’s time for him to step down as an MP altogether! For months now Twitter has been ablaze with petitions and pleas for his removal. How much longer can our Canada sustain this bafoonery. We’ve already begun to pay the subtle cost of our new leaderless government. A prime minister so deluded he turns away foreign aid from the United States, Mexico, and Russia to assist in the efforts in fire fighting efforts in Alberta.

Following the events in the HOC on May 18th I’m scared to ask what might be next?
Which Justin Trudeau is our prime minister? Is it the nauseating Social Justice Warrior full of Sunny Ways and mugging for selfies? The seemingly faultless Vogue cover-boy? Or it is the man-child we witnessed on Wednesday? The enraged narcissist who eschews protocol at every opportunity? As one journalist already pointed out Trudeau was sent in to a rage over a 46 second delay in the proceedings. What happens in a situation when he is really put to the test?

Last night, via Twitter, some of Justin’s Svengalied posse were saying we need to ‘let it go’. Any true patriot knows that’s not an option. Globally Canada is know for decorum; polite is synonymous with Canadian. It’s a brand I am proud of. Justin Trudeau does NOT represent our brand – he has shown his true colours. It’s time for him to, at the very least, apologize to all Canadians not just his colleagues, or step down from his position before there are irrevocable consequences to his infantile and self serving behaviour!